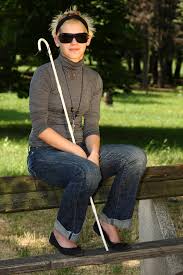 Shocking are the details that come to light in a new case of “detention” of disabled people at the Children’s Care Center for Children with Disabilities in Lechena Ilia in cages, and this time a tragic heroine of another shame story, is a 7-year-old blind girl.

The children were alone in their beds, gazing at the white ceiling of the room for hours on a daily basis. According to informal personnel, suppressive drugs were administered. Young children were lying on children’s beds that had blankets around to protect themselves from self-injury, and some, though very young, were tied to their bed with cloth to prevent self-harm “, these are the images described by the Ombudsman Citizen, regarding the conditions prevailing in the Center.

In a publication of the on-line “Ethnos”, the story of a blind girl who has lived in a cage since the age of 7 was revealed. This August ended in August 18, and just 2.5 years ago she knew she had a name.

One intervention team took over from the cage it had been forced to learn to live, as did dozens of other people with disabilities.

“They have visited her ever since we assumed two presidents of the Blind Rehabilitation Center, with the current one, Mr. Menelaos Tsauousis, and they feel they were just a blind child who was not trained. I feel sensed because it is now 18 and one can not make a retrospective diagnosis. So we imagine that because they were blind, they left her for a few years, but just started falling and beating, they simply put the child in a cage. There are others like this girl.

At least 10 people found Down with Syndrome not walking, while this syndrome alone is not a biological reason for not to walk. They did not walk because they were constantly stuck or caged. There was a girl who had put it in the cage for a while because it rained his head … what to tell you, do you understand? I do not want to be melodramatic, but we really talk about people who stole their lives, “Pathy Sotiropoulou, a member of the intervention team of the Institute of Child Health, told the newspaper.

Experts have not yet managed to leave the 18-year-old completely out of the cage, since their multi-year incarceration does not allow for immediate treatment. As Mrs Sotiropoulou says, “We are preparing a more soft space because it is blind and has not learned. We take it out 1-2 times a day, listen to music, play, learn, see the sun. He fell and hit sometimes and stitched. Thousands of times the stitches but continuity in the cage, I say. But if the intervention team leaves in December, I do not know what will happen. “

Until 2016, dozens of handicapped children and adults, in particular 36, lived under torture in the Canton of Lebanon, being either tied handcuffs or living in cages as they suffer from serious illnesses that could lead to self-harm.

In the past 2.5 years, with the intervention of the group, 30 out of a total of 36 people managed to “break their shackles”. There are, however, still some who have not escaped these conditions.

As Mrs Sotiropoulou emphasizes, until December, when her action ends, which is also supported financially by the British organization Lumos of Gi. K. Rowling (the well-known Harry Potter writer) are hoping to “get the rest out, which is not easy, as some have lived so long, seeking to put them in, they are afraid they will fall unless they are tied up “.

Apart from the 18-year history of the “Nation”, she also reveals the case of two girls who left the Children’s Care Center with disabilities in 2016 and managed to learn basic things like going to the toilet. “One, the little one, makes a puzzles with closed eyes. They had her in a busy rum, “says Mrs. Sotiropoulou.

In December 2017, the government announced the deinstitutionalization of disabled people hosted by the CECP Lechene, with announcements made by Labor Minister Efi Atsioglou and Social Assistant Minister of Social Affairs, Theano Photiou.

Actions for deinstitutionalisation, according to the same instrument, include the development of accommodation facilities for people with disabilities, the development of a professional underwriting program, a short infrastructure for disabled people, the creation of a mobile unit providing supportive services to families with people with disabilities, creative employment centers, etc.

However, as noted by Yorgos Nikolaidis, a psychiatrist and director of Mental Health and Social Welfare at the Institute of Child Health, nothing has been done so far.

“We made proposals with Lumos NGOs to develop specific structures. A budget of over € 8.5 million has been approved by the budget overrun. In the Joint Ministerial Decision, a detailed plan was published on how to use the money for new structures and to close this institution. But after 11 months, nothing has happened. While there is money and plan. However, our plan has not been adopted or announced otherwise. Indeed, due to the election year that comes, we are afraid that they will eventually become rough roofs for a dozen of the 45 people and staffed with auxiliary staff, that is, without predicting what will happen after a year, while the foundation will continue to function. If that happens, and you go back to the institution three months after we leave, I’m afraid they will restart the ties. “

The British network had publicized images of mentally retarded children who spent much of the day in cage-like rooms and beds.

The report reported that children with disabilities are “locked in cages” in Greece where people with disabilities are stigmatized and may be struggling to get the support they need. Staff at KEPE Lehene says he wants to improve living conditions for children, but there are not enough financial resources. Sixty members of staff take care of more than 65 disabled children.

9 ways to get money to start

Take care of your finances